Harry Reid is no Trent Lott 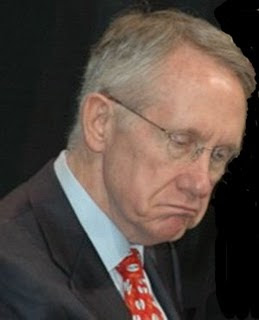 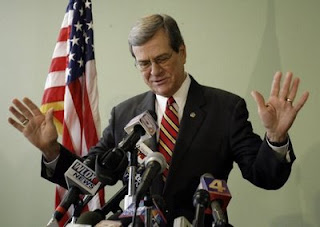 Crocodile Tears: To weep crocodile tears is to put on an insincere show of sorrow. (http://www.phrases.org.uk/meanings/104800.html)
Ever since it was revealed in Mark Halperin and John Heilemann's new book "Game Change", that Senate majority leader Harry Reid used the terms "light skinned" and "no Negro dialect" in reference to then candidate Obama the infonews media have been salivating more than Rush Limbaugh in a Mexican pharmacy.
The fact that it has now become an accepted fact that Mr. Reid's comments were "insensitive" and "racist" is a testament to the "truth" making power of repetition. While the Nevada senator's comments were unwise given his position and how they might be used against him at a later date, they are not in any way false or racist. Mr. Reid was giving his opinion of the American electorate. He was not saying that Obama's "light skin" or his lack of a "Negro dialect" were characteristics that he himself sought out in a candidate, but rather, that those attributes were things that Mr. Reid felt the American people would react well to, and he was right.
Despite what Michael Steele's said about Reid's comments being "that's anachronistic language that harkens back to the 1950s and '60s, and it confirms to [Steele] a mind-set that is out of step with where America is today," it sadly is not as out of step as he would like to pretend. As recently as 2007 the Kenneth and Mamie Clark's doll experiments were recreated by film maker Kiri Davis, and the results were the same. Black children consistently chose the white dolls over the black ones.
Looking back at Senator Lott's comments in 2002 we find a very different sort of statement being made. In those comments made on Strom Thurmond's birthday, Senator Lott said that Mississippi was proud of supporting his segregationist campaign "and if the rest of the country had followed our lead, we wouldn't have had all these problems over all these years, either." Given that Strom Thurmond's campaign was about keeping Jim Crow laws and retaining a segregated society (except where Carrie Butler was concerned) voicing support for it is support for a racist platform and racist policies and is, an offensive and racist statement to make.
The problem with Mr. Reid's comments are not that he said them, or that they are racist, but that they are true. While some, like Whoopi Goldberg, may argue that President Obama is not technically "light skinned", he's no Wesley Snipes and the end result is that he did not scare white people. Pointing out racism, or speculating on how the general population (the white general population) might react to someone based on their skin tone and inflection is not a racist act. Feigning outrage and demanding resignations is nothing but political maneuvering, and does nothing to address the systemic racial problems that exist in America today, but then those have never been big priorities of the GOP.
at 10:46 AM