First off, thanks to desperado for mentioning this sound byte of Bill Kristol's on foxnews. It's stupid comments like these from stupid people like Bill Kristol that really requires us to ask "what the hell are pundits on news shows for?" As has been pointed out by so many people I couldn't even begin to count, Bill Kristol has been wrong wrong wrong wrong wrong about almost everything having to do with Iraq and the Middle East. Why then, are we still listening? Why, then is he still given face time to spew his nonsense?

I'm glad that Jon Stewart had the balls to take him to task on some of the ridiculous things he's said in the past but clearly that isn't enough. FoxNews - stop paying him for his opinions and his hypotheses as they are absolute bullshit. 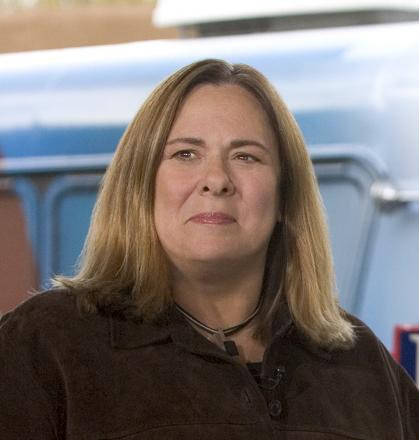 Seriously CNN, why is Candy Crowley shown on television? It isn't radio!
at 1:01 AM No comments:

So I just got back from seeing Get Smart and when I turned on my TV and hopped over to CNN. It being between midnight and 1 I got to see some Larry King talking with 4 female pundits, one of which was Kellyanne Conway. The very first sentence of her Wikipedia page is "Kellyanne Conway (b. January 20, 1967) is a Republican strategist and pollster," yet what does Larry King ask her? Does he ask her about John McCain? No. Does he ask her about the strategies for the Republican party this year? No. He asks her about what role Bill Clinton should play in the upcoming campaign to help Senator Obama. This exemplifies my problem with these pundits because I think that perhaps, just maybe, there is a role that these partisan hacks cou

ld play in our news media but answering questions about what a member of their opposing party should do, with some misguided belief that anything they say will be anything other than their attempt to benefit their candidate serves no use to the much needed debate about politics and policies in this country.


She contributed nothing to the discussion in her 3 minutes of non-response to Larry King's ill-fated question. All she did was attempt to drive a wedge between Clinton and Obama supporters. She added to the criticisms of Bill Clinton in the wake of his lack of vocal support for Obama and she made silly mentions of Obama's right to pick his own nominee for Veep. Both comments are clearly designed to anger Clinton supporters who think Bill should be left to grieve his wife's unsuccessful campaign and those like Lanny Davis who think that Hillary must be the Veep, no matter how disastrous that would be.

Later on in the program the fossil asked what Hillary Clinton can do now that she is no longer going to be President. Kellyanne slowly, and clearly enunciated not that 18 million people had voted for Hillary but that 8 million women had voted against her. Again, what use is it to ask a republican strategist what Hillary should do since their ultimate goal would be for her to get bumped out of the Senate at the very least.

Well, that's as much Larry King as I can stand to watch so I'll end this post here.
at 12:33 AM No comments:

watching, almost religious the 3 cable news channels. I try to catch all the big shows, from the 6 o'clock curmudgeons like Lou and Britt to the shout happy Chris Matthews, and the always caring Anderson. I even watch the frenzied ravings of Sean Hannity and Bill O'Reilly as well as the dementia suffering Larry King. Last but not least of course is the ever tough talking Keith Olbermann who survives due to the ever-presence of Bill O's insanity.


Through it all we get the asinine opinions of the political pundits whose canned speeches truly exemplify what "party hacks" are. They're the perfect target for anyone to love to hate because what they say is so full of nonsense and they are so often asked to comment on things they have no business talking about - just watch the next time FoxNews asks Karl Rove to discuss the problems facing Obama.

So, I hope you will enjoy the posts in the coming months as we ratchet up for the November election and get fed shit-filled bowl after bowl in the news channels' attempts to do as little journalism as possible.