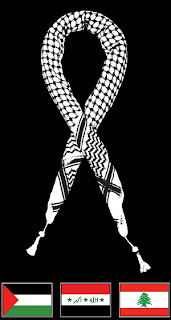 While the pro-Israel lobby evades questions about morally bankrupt weapons and their media teams assault journalists and politicians to avoid condemning their actions, the IDF has killed over 1000 Palestinians. They claim to be targeting Hamas leadership and they claim that this action is in response to Hamas breaking a ceasefire by launching rockets into Southern Israel. While the western news media has repeatedly reported that Hamas broke the ceasefire the fact is that the Israelis broke the ceasefire by storming into Gaza on November 4th and killing 6 members of Hamas.

As for the Israelis claim that they are targeting Hamas only and that the civilian deaths are an unfortunate consequence I have only this to say. If you have killed as many or more civilians than legitimate targets you are either horribly inept and should not be engaging in military action, or you are lying and the civilians are intended targets.

In America, so much energy, money and passion is devoted to the "pro-life/anti-abortion" movement. The idea that every life is sacred, even the little zygote is a human being. But where are these voices when 300 children, human beings with names, and dreams, and hopes, and parents, and siblings, and teachers are killed. Where is the outrage at the murder of all these children? My guess is those same people who beat the drum about the sanctity of life for the blastocyst are also rallying behind Israel on this one in the hopes that this conflict will bring about their much anticipated revelation that they learned by reading Left Behind.
at 11:27 AM